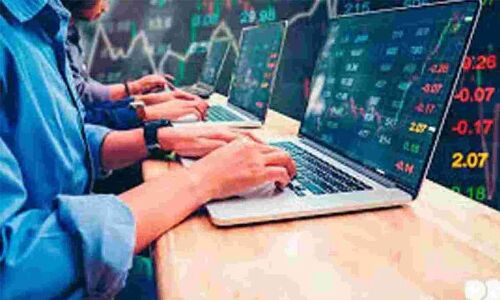 
Mumbai: Equity standards pulled back on Thursday after a two-day rally, matching a weak fad overseas after drab United States customer information fanned fresh worries over international development. A weak rupee as well as international fund discharges additionally considered on belief, investors stated. The 30-share BSE Sensex went down 187.31 factors or 0.31 percent to work out at 60,858.43. During the day, it rolled 329.19 factors or 0.53 percent to 60,716.55. The more comprehensive NSE Nifty dipped 57.50 factors or 0.32 percent to finish at 18,107.85.

Asian Paints was the leading loser in the Sensex pack, sliding 2.64 percent after the business reported a 6.4 percent increase in combined internet earnings at Rs 1,097.06 crore for the December quarter. In dusIn d Bank, Tata Motors, Kotak Mahindra Bank, Titan, Hindustan Unilever, UltraTech Cement, as well as Nestle India were amongst the various other significant laggards, losing as high as 1.89 percent.