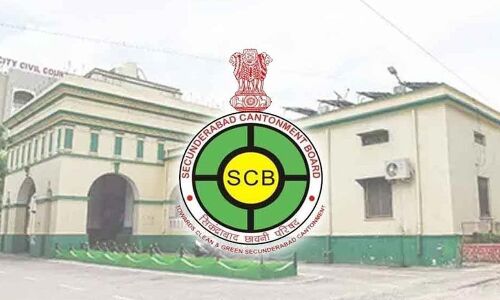 
Hyderabad: The participants of the Federation of North Eastern Colonies of Secunderabad (FNECS) on Monday presented pointers concerning the excision of civil locations from the Secunderabad Cantonment Board and also its merging with the GHMC.

According to participants of FNECS, all public roadways in the Secunderabad Cantonment location need to be brought under GHMC’s territory. “This should happen not only to roads which are presently under Cantonment Board (” C” class land) but also to the roads presently under the Military Engineer Services (MES) (” A1″ class land), because most of the roads closed at present are ” A1″ roads.

As part of the merger, jurisdiction over all public roads in the cantonment is handed over to an agency under the state of Telangana (such as GHMC) immediately. This includes all roads in Secunderabad Cantonment, which are classified either ” A1″ or ” C” in the General Land Register (GLR) of the cantonment. This company should guarantee that all these roadways are open to the general public, consisting of public transportation. It have to likewise guarantee that these roadways are created to fulfill modern-day criteria of website traffic ability, safety and security, and also rate. While providing territory of roadways to this company, adequate land should likewise be offered for road widening, joint renovations, quality splitting up at degree crossings and also crucial joints, safety and security help, extra roadways, and also web link roadways, city rail connection, claimed CS Chandrasekhar, assistant, FNECS.