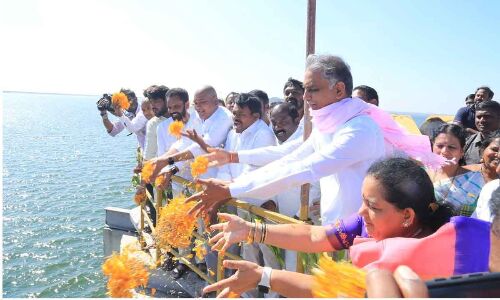 
Siddipet: Chief Minister K Chandrashekar Rao as well as the BRS government are dealing with the single intention of guaranteeing farmers’ well-being, Finance Minister T Harish Rao stated right here on Tuesday after launching water from Ranganayatsagar tank left canal on the borders of the community, together with ZP chairperson Roja Sharma.

The minister exposed that with the conclusion of the major canal, representative canal, small canal as well as sub-minor canal under the left canal a total amount of 70,000 acres would certainly be irrigated. He stated the water was launched as wanted by farmers of a number of towns.