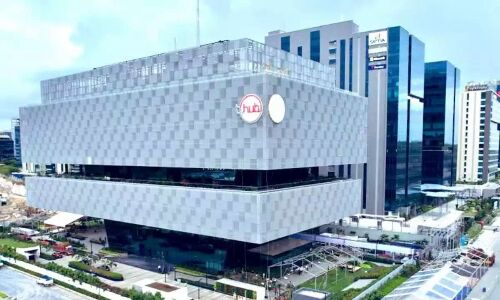 
Hyderabad: Telangana State’s Startup enabler T- Hub T- Hub won the ‘Best Incubator in India’ honor at the National Startup Awards 2022 onNational Startup Day T-Hub became the champion in the group for its initiatives to sustain the development of the start-up ecological community in the T state.

“T-Hub is overjoyed to announce that we have been adjudged the winner under the category #Incubator by the National Startups Awards 2022. We commit to continue to shape innovation and scale entrepreneurship in the years to come,” T-Hub stated in a tweet. The T-Hub has actually up until now scaled greater than 2,000 start-ups throughout SaaS, Foodtech, Edtech, EVs, Spacetech, Fintech and also a number of various other fields.

State IT Minister KT Rama Rao, that remains in Davos for the World Economic Forum yearly satisfy, praised Team T-Hub for the honor. “T-Hub can become a national leader in the field. This is important for the country, as it can serve as a blueprint for other organisations to follow and create a more vibrant and successful startup ecosystem in the country. By setting an example of excellence,” stated State Principal Secretary (Industries)Jayesh Ranjan

“At T-Hub, we are devoted to offering the highest possible requirement of quality and also effect. I am humbled to have actually contributed in boosting the start-up ecological community.